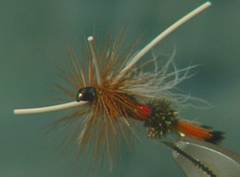 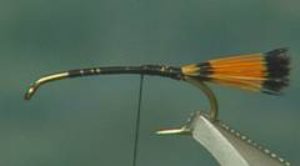 Take a golden pheasant crest feather and tie in for the tail. 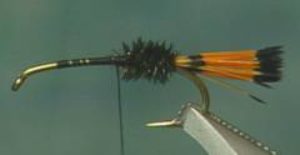 Tie in two strands of peacock herl and wrap in to start the body.

Tie in some red thread or floss and wrap in a short mid section on the body. 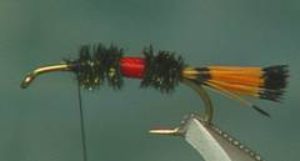 Tie in two strands of peacock herl and wrap forward to finish the body. 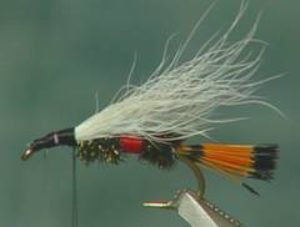 Stack some white calf tail and tie in for the wing. 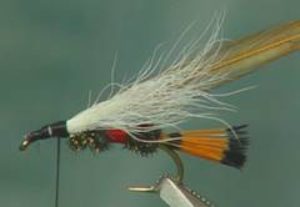 Tie in one brown neck hackle and hold back until later. 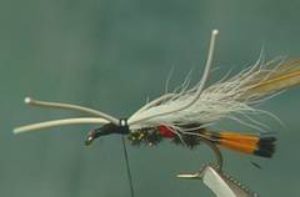 Take some white rubber leg material and tie in a set on each side of the hook. 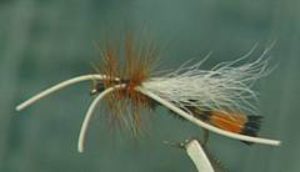 Now, take the hackle and wrap forward, going behind the legs once and then in between the legs, to hackle the fly. 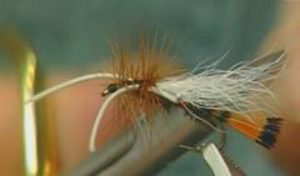 Cut the legs so the back legs are as long as the wing and the front legs should be about half an inch long. 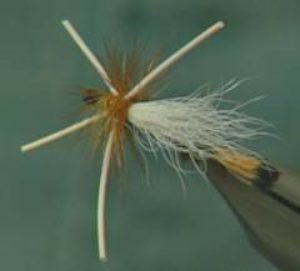 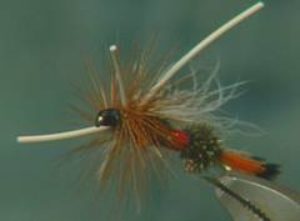 The fly is ready for those cutts.