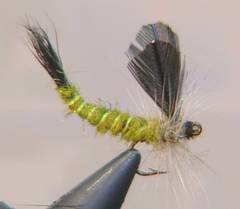 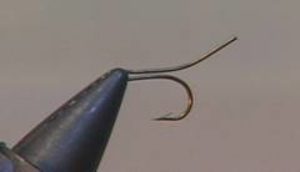 Insert the hook backwards into the vice. 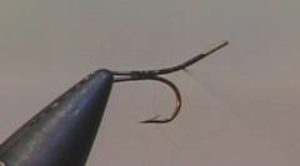 Tie in the thread with a few wraps over the main body, and leave the thread of the back of the tail. 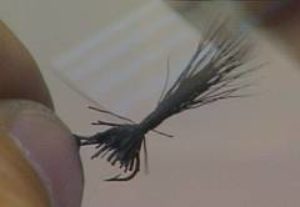 and wrap it over the body to form a tail and extended body. 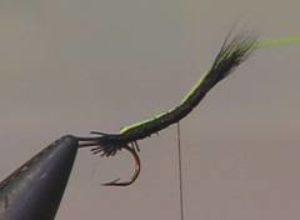 Tie in some yellow fentex for the ribbing later. 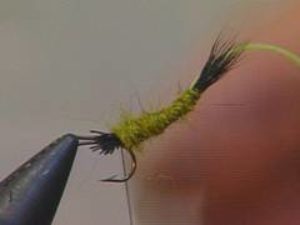 Dub to form the extended body right up to the hook. 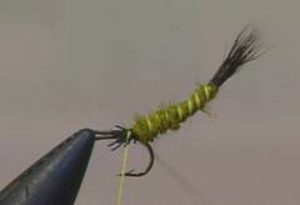 Form 5-6 ribs on the extended body. 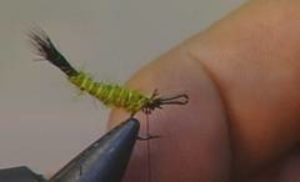 Turn the hook around so the hook part is in the vice. 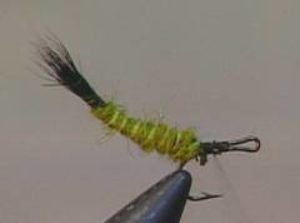 Do a reverse whip finish so you have your thread going the right way. 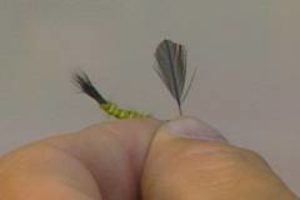 Form your wings with the hackle and tie in. 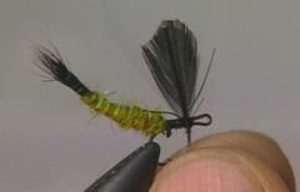 Figure 8 around the wings and the hook to secure them. 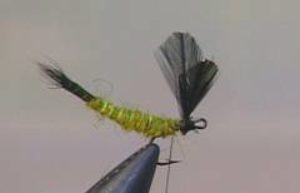 Continue to dub the body up to the wings. 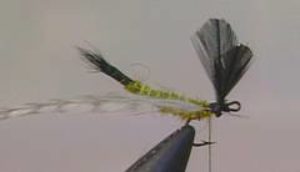 Tie in a barred dun hackle for later. 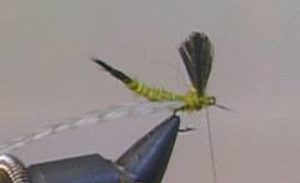 Continue the dubbing through the wings to the front of the hook. 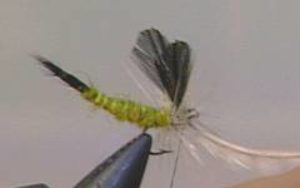 Wrap the hackle forward through the wings. 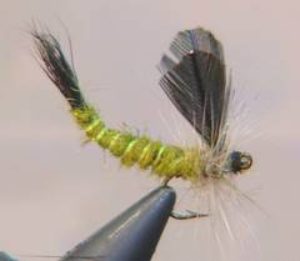 Whip finish and the fly is ready for the water.